QNT is the native token powering the services provided by Quant Network, an English technology platform that aims to achieve universal interoperability between distributed networks by using its Overledger OS blockchain operating system and Overledger Network, its two most popular products.

Quant’s Overledger Network was launched in June of 2020 as "The network of networks for a Hyper-connected world," offering support to popular networks like Ethereum, XRP, Binance Chain, Stellar, EOS, and IOTA, as well as private networks like JP Morgan’s and R3 Corda’s blockchains.

The project was started by Gilbert Verdian in September of 2015 but was not officially announced until December of 2017. In 2018, Quant raised $11 million via an Initial Coin Offering (ICO) and received investments from Eden Block in 2018 and Alpha Sigma Capital.

Quant Network has partnerships with tech giants such as Amazon, Hyperledger, Oracle, and Sia, all of them at the forefront of their respective industries.

Unlike other blockchain projects, Overledger Network and Overlgeder OS are not open-source. They require licensing to use, with the company deciding to patent most of its technology and focus on enterprise blockchain services.

What is the Purpose of QNT?

The QNT ERC-20 token is used to pay for all services associate with the Quant Network ecosystem, including goods and licensing fees.

The Quant ecosystem was developed to provide a solution that allowed the interoperability between existing blockchain networks to create more powerful and flexible applications that can offer a wider range of use cases. As the blockchain and crypto ecosystems continue to evolve, interoperability has become a major concern due to the limitations and specific use cases each network can provide.

By using Quant, developers can enable their applications to function across multiple blockchains, effectively freeing themselves from being limited to a single vendor or technology and creating endless possibilities for the use of data originating from the blockchain ecosystem.

With the creation of a "network of networks," Quant aims to achieve "the original vision of the Internet," which was an open, interoperable, and trusted network for people, machines, and data to interact with each other without the need of knowing each other. The company calls this "the Internet of Trust."

How Does QNT Work?

mApps are applications decentralized apps (dApps) by being built on top of multiple blockchains instead of one, allowing multiple smart contracts on different chains to work together to increase speed and efficiency, as well as flexibility.

The Overledger Network is another important component of the Quant Ecosystem, making it possible for different parties to buy and sell applications and data, using a decentralized marketplace.

The treasury, a group of smart contracts running on Ethereum, acts as an automated third party on all transactions taking place in the network while charging fees in QNT that are then placed in the network.

Share events that occurred on Quant's chart at any point in time.

That's all we got for #Quant 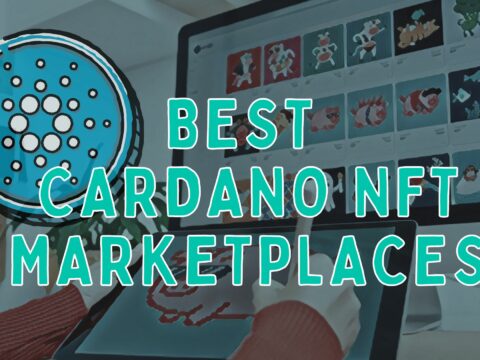