Kusama is a blockchain platform that helps developers that want to deploy a project on Polkadot and need an environment to test out their project before it goes live on Polkadot. It is very similar to Polkadot but is intended to be used as a development tool.

In a sense, Kusama is like a 'sandbox' where projects that would operate on Polkadot can be tested, and improvements can be made before being used by a much wider audience.

The KSM token is the native token of the Kusama ecosystem and is needed for both Proof-of-Stake and governance roles. While a developer would not need to own much KSM to use the system, it may help them offset the costs incurred by using Kusama to develop a project.

From the perspective of tokenomics, the role of KSM is more or less the same as DOT. Tokens are staked in order to make the blockchain operate. Also, more KSM is used to reward stakers who help make the KSM blockchain function.

As the Polkadot ecosystem becomes more popular, the KSM token could become more valuable. It is also much easier to become a block validator on the Kusama platform, as the required amount of tokens is far lower than Polkadot.

What is the Purpose of Kusama (KSM)?

Kusama is currently the premier testing environment for Polkadot projects. In fact, it is used to test official Polkadot upgrades before they are deployed on the Polkadot platform. Anyone who develops projects for Polkadot can use Kusama, which is directly modeled on Polkadot's architecture.

In the same way that the DOT token has a dual role, KSM is both the token that allows Kusama's PoS system to operate and the token that gives KSM holders governance rights on the platform.

Because Polkadot is growing in popularity, there is reason to think that the Kusama ecosystem will grow, as direct deployment on Polkadot isn't a feasible option.

From an investor standpoint, the KSM token is likely to grow in popularity as long as Polkadot remains a popular development environment. The purpose of Kusama is tied directly to Polkadot, and it has no other purpose besides helping Polkadot devs to test their projects.

However, as time goes on, the Kusama ecosystem may become popular in its own right. Applications that can take advantage of Kusama's faster governance cycle may just stay on the platform, as there is little incentive to jump into the Polkadot ecosystem if deeper functionality isn't required.

How Does Kusama (KSM) Work?

As mentioned above, the value of Kusama is its similarity to Polkadot and its ability to allow Polkadot developers to test their projects in a lighter environment before they are deployed on Polkadot.

The Parachains used on the Kusama platform are custom blockchains that can be created for just about any purpose. Like Polkadot, the Relay Chain exists to ensure total system harmony and approve all the transactions between the Parachains.

Both Validators and Nominators are required to stake KSM tokens, and both are rewarded for their staking with more KSM tokens. In this way, Kusama creates a reward system for its participants and also creates a natural rate of return for staking.

Share events that occurred on Kusama's chart at any point in time.

That's all we got for #Kusama 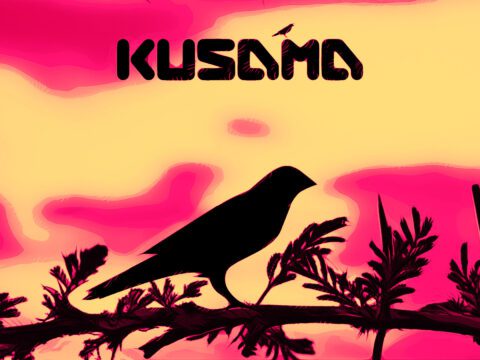