Blockstack was developed with the goal of boosting Bitcoin’s ability in terms of integrating new ways for Bitcoin to be used with newer technologies. With the idea of using smart contract technology, the token allows users to perform their transactions in a much faster manner than by directly using Bitcoin.

The first Blockstack platform was introduced in 2015, and after several fundraising rounds were successfully completed, the newest upgrade of Blockstack 2.0 was announced in October 2020 by the company. Since its beginning, the platform has enjoyed the support and continues to see new advancements.

STX token is the native Stacks token, and its main function is for paying new asset registration fees and tracking the processing status for payments on the platform.

The token has a significant role in Blockstacks 2.0, and so the STX token has both real-world use and an inherent value. It also plays a role in the function of smart contracts on the platform and is used to reward Blockstacks miners.

Proof-of-Transfer in the Blockstacks ecosystem is called PoX.

The STX token was one of the SEC qualified token sales in US history. This level of transparency and cooperation with the US government has helped the platform to attract both developers and capital.

What is the Purpose of Blockstack?

STX was launched in 2017, and since then, the token has become one of Blockstack’s most significant components. In 2019, the company released their report about STX distribution for the Genesis Block platform, which was at least 1.32 billion tokens.

The token allows users to spend tokens for various actions they need to perform on the Blockstacks platform. These include processing transactions, digital asset registration, operating as a trusted app chain, and execution for smart contracts.

The token was developed based on the philosophy that users should be provided the ability to possess and control their own data on the internet. The STX token was developed in an ecosystem where all decentralized applications can work together to advance these goals.

STX is used as fuel that is consumed by users’ activity. Additionally, the token can be locked by holders via “stacking” to receive Bitcoin rewards for contributing to consensus. This is similar to the rewards that stakers earn in a Proof-of-Stake (PoS) blockchain.

How Does Blockstack Work?

In essence, Blockstack was designed to make Bitcoin more usable and bring Bitcoin's utility in-line with platforms like Ethereum.

The sale of Stacks tokens was developed in compliance with Anti-Money Laundering (AML) laws and Know Your Customer (KYC) regulations; therefore, the token is totally compliant with US SEC regulations.

The second way is called “Stacking.” This rewards stackers with BTC for staking STX tokens. This is more or less the same way that staking systems work on other blockchains.

Anytime that new STX is created successfully on the Stack chain, every single Stacker who is involved will receive a BTC reward for their added contribution.

Muneeb Ali (Co-founder, Stacks, and CEO, Hiro PBC) gives a talk on "Bitcoin & The Next Internet" at the Stacks 2.0 Mainnet Launch event on January 14, 2021. www.youtube.com/...kLxZU 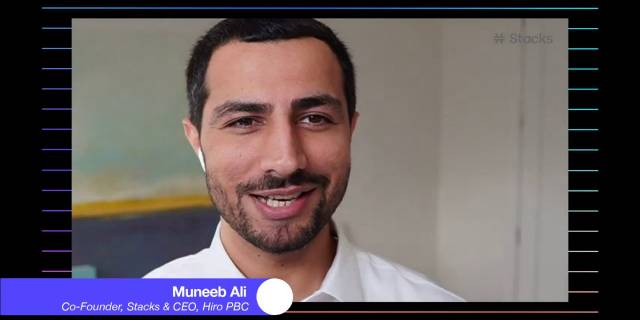 Great work from the Blockstack team for releasing Stacks 2.0, a layer-1 blockchain that connects to Bitcoin and brings smart contracts and #DApps on its network. The Stacks platform benefits from the security, stability, and economic power of Bitcoin through its native integration. twitter.com/...?s=20

All planned features are now implemented so the time leading up to Jan 14th will be used to fix bugs, improve performance, write docs, and polish any rough edges.

That's all we got for #Blockstack