What is Reserve Rights?

Reserve Rights (RSR) is one of the two native ERC-20 tokens generated by the Reserve Protocol team.

Reserve Protocol is an original initiative to empower crypto by building a trustable stablecoin that is unable to be shut down, and can maintain its value regardless of the fluctuation or depreciation of any fiat, and is not affected by government action or other political factors.

To achieve that goal, the Reserve Protocol team was assembled among professionals and experts from various fields and huge companies, such as IBM and Tesla. Since it was first announced in 2018, until now, Reserve Protocol has been working hard to make its vision a reality.

After the launch of its 2 native tokens, Reserve Stablecoin (RSV) in 2019 and Reserve Rights (RSR) in 2020, currently, Reserve Protocol is putting effort in bringing more assets into their vault, so as to transform themselves into a completely independent decentralized platform.

The goal is the have an asset that no longer needs to be pegged to the US dollar or any other existing fiat currencies.

Instead, its token (RSV) will be backed by multiple assets, gaining its stability and purchasing power. In a statement, the team claimed their vision is to add 100+ assets, including tokenized assets, securities, and commodities, to establish a solid value base.

What is the Purpose of Reserve Rights (RSR)?

RSV and RSR play indispensable roles in the goal of Reserve Protocol. Reserve Stablecoin (RSV) was created as a legal stablecoin that makes holding value outside of the banking system easy.

RSV is designed to maintain its static value, and investors are guaranteed thanks to the equal collateral tokens held in the Reserve Vault.

As the basket of assets is getting more diverse, RSV becomes stronger, and eventually, it will be stable against the debasement of many financial assets.

In the meantime, together with RSV, Reserve Rights (RSR) functions as the fluctuating token to help stabilize RSV's value and give investors the right to vote for governance decisions.

Being more volatile and flexible than RSV, RSR is a powerful tool for the Protocol as well as holders to mitigate the movement of collateral tokens in the Vault, by adjusting its supply to respond to appreciation or depreciation.

Thanks to that, the collateralization rate with RSV remains balanced at a ratio that the development team sees as preferable.

How Does Reserve Rights (RSR) work?

Simply put, the Reserve Protocol’s mechanism ensures that RSV tokens can be redeemed at a given price, without much fluctuation. Hence, RSR plays a major role in the supply of RSV, and helps to maintain the ratio between RSV and collateral tokens at 1:1.

To illustrate how it works, whenever the price of the RSV is falling on the open market, the protocol incentivizes arbitrageurs to buy RSV and redeem it through a smart contract to make profits.

This will continue until the price on the open market returns to the original price, and there will no more income created from purchasing RSV and redeeming it.

Conversely, if the RSV price goes up, arbitrageurs are urged to buy newly minted tokens and release more supply on the open market. This will push the RSV price down to the desired level.

When the collateral tokens’ value increases, the protocol will exchange RSR for the excessive tokens so as to reduce the ratio of collateral assets on RSV.

On the other hand, in case of tokenized assets’ depreciation, newly minted RSR will be sold to buy additional tokens, which are used to fill the gap for RSV's backing.

Share events that occurred on Reserve Rights's chart at any point in time.

That's all we got for #Reserve Rights 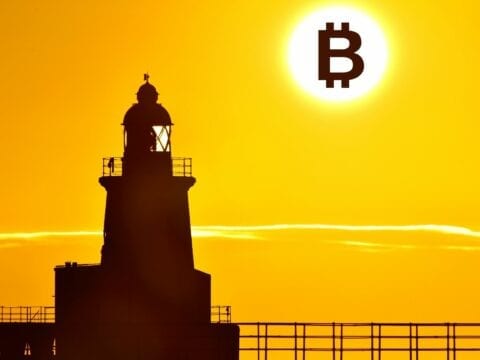