Tether (USDT) is a cryptocurrency with reference to fiat currencies that are issued by Tether Limited Company. Using the technology of Blockchain, Tether allows the users to keep, send and receive digital tokens pegged to dollars, euros, and yens. Tether uses blockchain via the Omni Layer protocol.

The Omni Layer protocol is the software with an open-source code that interacts with blockchain, ensuring the release and redemption of cryptocurrency token on the basis of Bitcoin. It is not known how Tether tokens are created. Tether will absorb all Blockchain fees when sending money from your Tether wallet. Despite the stated parity of USDT and USD, the cryptocurrency price is always a little off for a few cents.

What type of cryptocurrency is Tether?

The USDT token on the Tether network is classified as a type of Currency.

Ardoino reveals the only time Bitfinex acquired the bitcoins which now form part of tether’s reserves. "The bitcoins in reserves are a good amount remaining from the past acquisition that we likely did in 2015/16….The bitcoins, which we bought for a good price in 2015/16, will probably be enough for perpetuity." news.bitcoin.com/...loan/ 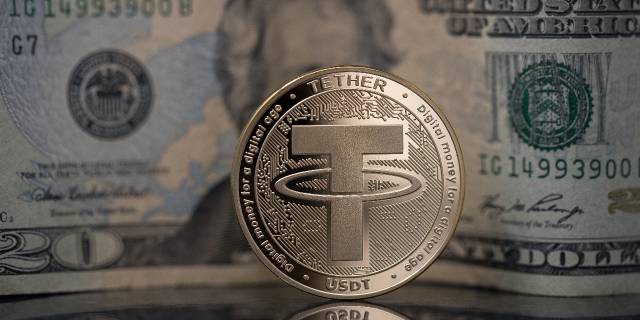 Bitfinex general counsel Stuart Hoegner has dismissed the notion that only 74% of the tether stablecoin in circulation is fully backed. Hoegner insists that all USDT tokens are fully backe...

The rise of competing, regulated and fiat backed stablecoins mean the margin of error for #USDT and #TetherLimited is narrowing by the day. Time for other legit, scandal free stable coins operating from the US? twitter.com/...55842

Volume of other stablecoins on major crypto exchanges like Binance rising now.

Competition is crucial in any market. When one slips, others can emerge as alternatives. In this case, argument can be made that alternatives like GUSD and PAX are better: regulated & transparent. pic.twitter.com/lE4fUA5p68

100%, that it is still up, maintaining a peg raises a lot of red flags! note that this is after they minted $300 million USDT..#DelistTether? where is the trend right now!

How is Tether even up after this news? This lets me know that most people are just reacting to BTC price drop and are not aware of the news. Tether is the problem people!

That's all we got for #Tether